Tonight I "Beamed" into RSNA from home

I haven't gone to RSNA this year, but tonight I was lucky enough to spend an hour and a half with the Philips team, courtesy of an amazing piece of technology called Beam.

If you haven't seen this yet, the easiest way to describe it is that it's a robot on wheels with a camera, display and sound system, which can be used to "beam" yourself into a remote location. It's a bit like Facetiming or Skyping with someone but instead of the other person using a tablet or laptop, they chat to you using the Beam. So for example, you can attend meetings, tour remote locations, or visit conferences like I did tonight. The full spec of Beam is listed in detail on the website of the company behind it, Suitable Technologies, and this is a video from their YouTube channel:

Set up was easy; it installed on my Macbook within 2 minutes and logging in is a breeze. When I first logged in, I found myself in a strange corner of McCormick Place, the gargantuan conference centre that RSNA is held in every year. Sam from Philips soon rescued me and guided me to the Philips booth. Navigation of Beam is fairly straightforward using the arrow and shift keys, but I did find myself bumping into people quite a lot! We had 2 dropped connections but they were resolved very quickly. I could zoom in and out, and pan the display. There are 4 of these at RSNA but I believe that mine was the only one in use tonight.

This is what my view was with Beam (Sam and Mary-Jayne from Philips): 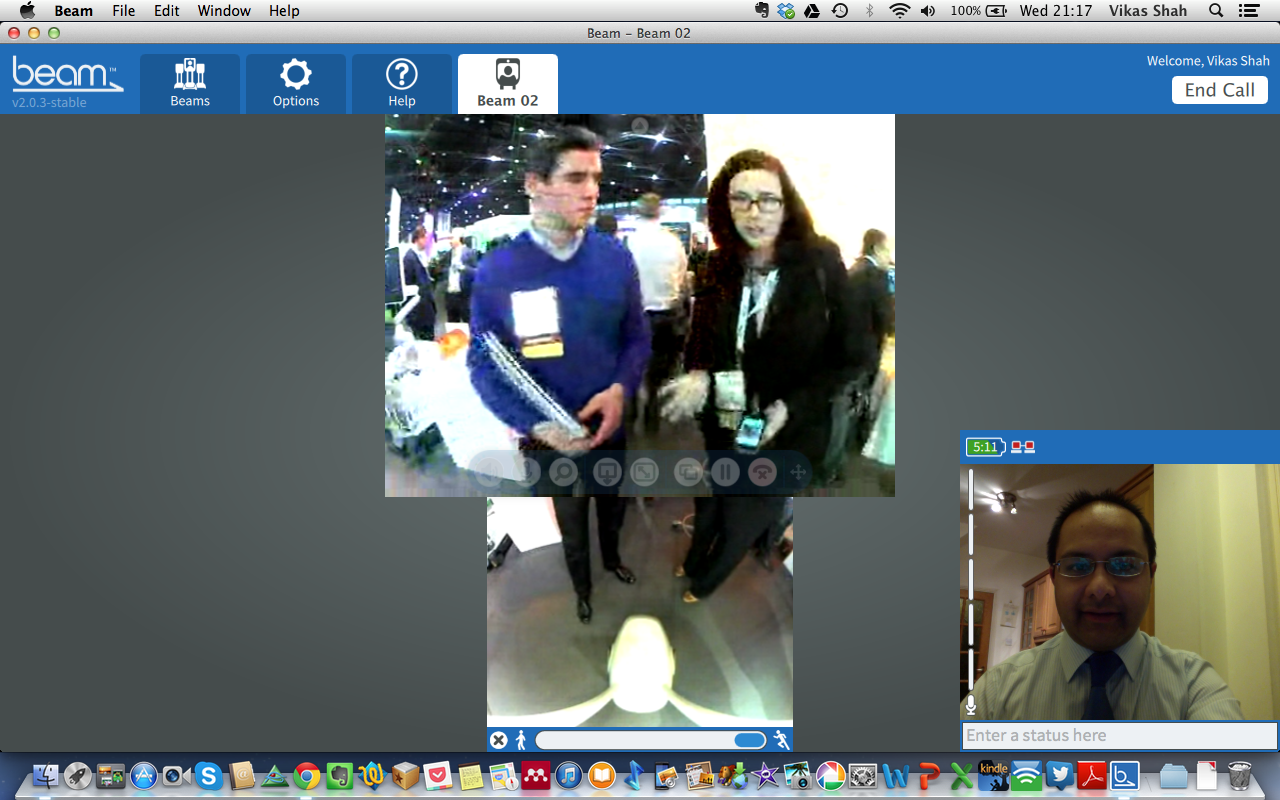 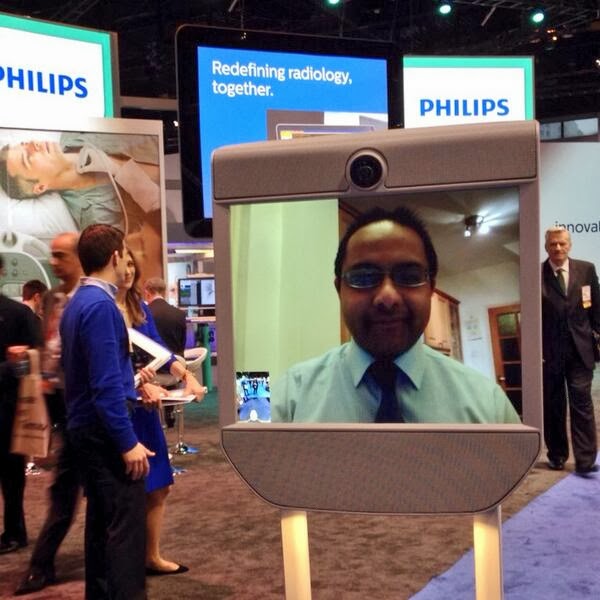 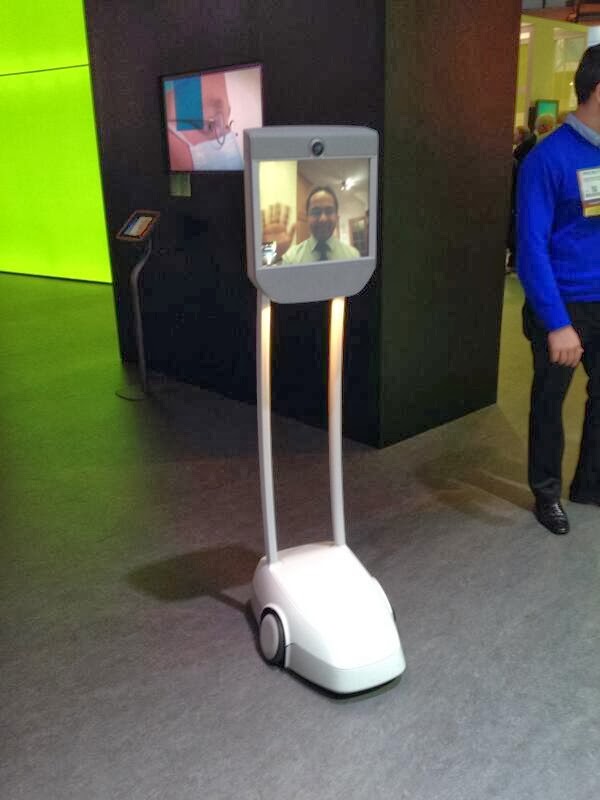 I felt like a real celebrity whilst driving Beam because everyone wanted to stop and chat and wave!

So what did the Philips team show me?

I got to see their brand new ultrasound machine: EPIQ. 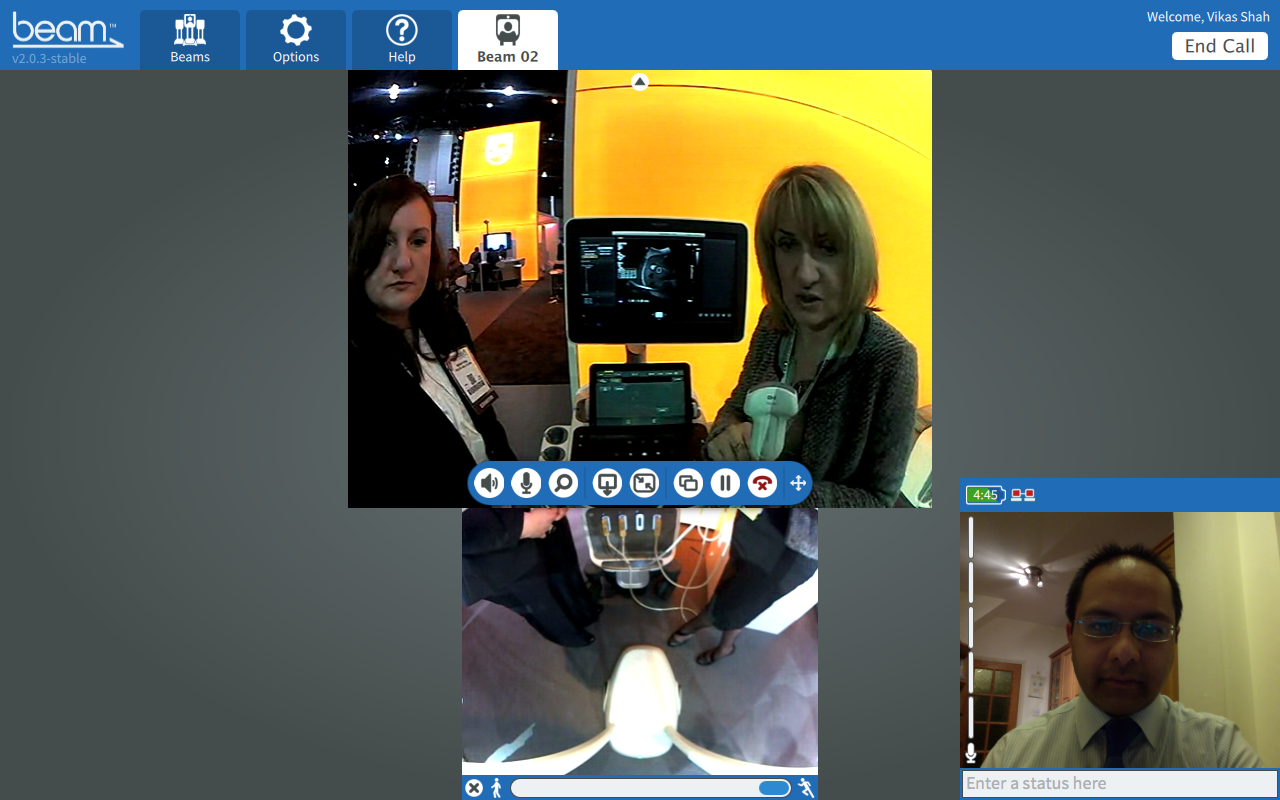 I also got a chance to speak to the team in MRI, and got shown the brand new multi-energy spectral CT scanner called IQon. 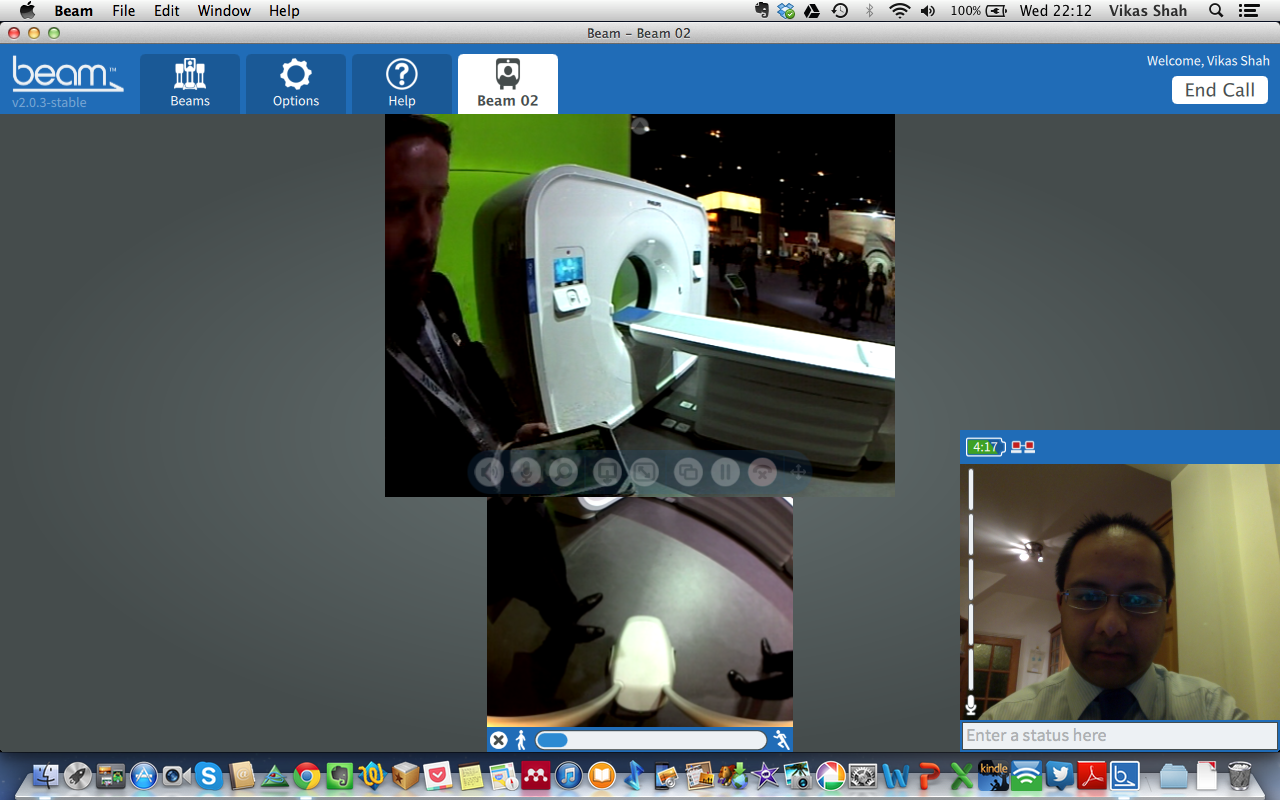 Overall, I think Beam is an amazing piece of tech. I hope that this becomes the norm in the future, and that people can attend meetings and conferences on the other side of the world using this. There is so much potential: networking, delivering healthcare to remote locations. The world becomes a smaller place and I can only see benefits to using this.

Thank you Philips and Suitable Technologies!

Posted by Unknown at 12/04/2013 11:13:00 pm
Email ThisBlogThis!Share to TwitterShare to FacebookShare to Pinterest