Pelvic floor imaging part 3: what is a rectocoele?

In the first two posts of this series, I covered the symptoms that might indicate you need a pelvic floor test called a proctogram, and what this test involves. In this post, I will describe what is seen on a proctogram when someone has a rectocoele (pronounced rek-tow-seal and spelt rectocele for North American readers).

A rectocoele is bulge of the front wall of the back passage (the rectum) into the back wall of the vagina. The typical symptoms that this causes are: 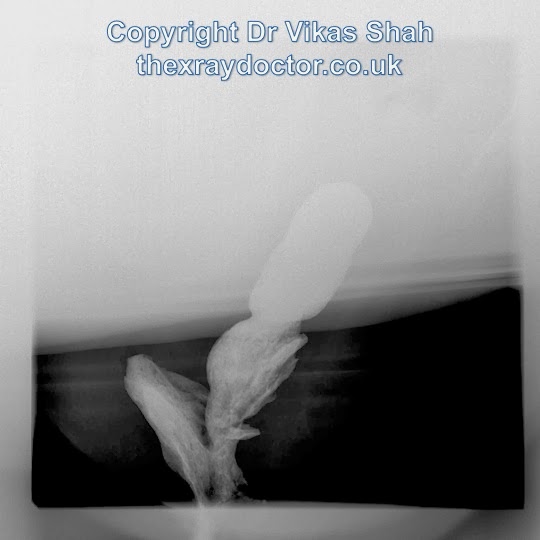 The image above is typical for how a rectocoele looks at the end of a proctogram test. There is barium within the rectum but also in a pouch (seen to the left of the rectum).

The reasons for doing a proctogram when a rectocoele is suspected is:

This movie clip is from the same proctogram study as the image above and shows the rectocoele developing during straining and evacuation:


Here is another movie clip showing a rectocoele, and this time also showing an enterocoele. Look for the bowel loops containing black (barium) dropping down into the pelvis on top of the rectum. These bowel loops can press down on the rectum and contribute to the symptoms of fullness:

(If you think you need this test, it is advisable to see your doctor first and then I am happy to be involved in any consultations. Please see the Contact Me page for more details).

Posted by Unknown at 2/01/2014 10:00:00 am Labels: pelvic floor
Email ThisBlogThis!Share to TwitterShare to FacebookShare to Pinterest