xrayoftheweek 15: shortness of breath and cough - why?

The latest #xrayoftheweek is one for medical students/junior doctors/radiographers. What can you see on the chest xray of this person who presented with progressive shortness of breath and a cough over the previous 2 weeks? 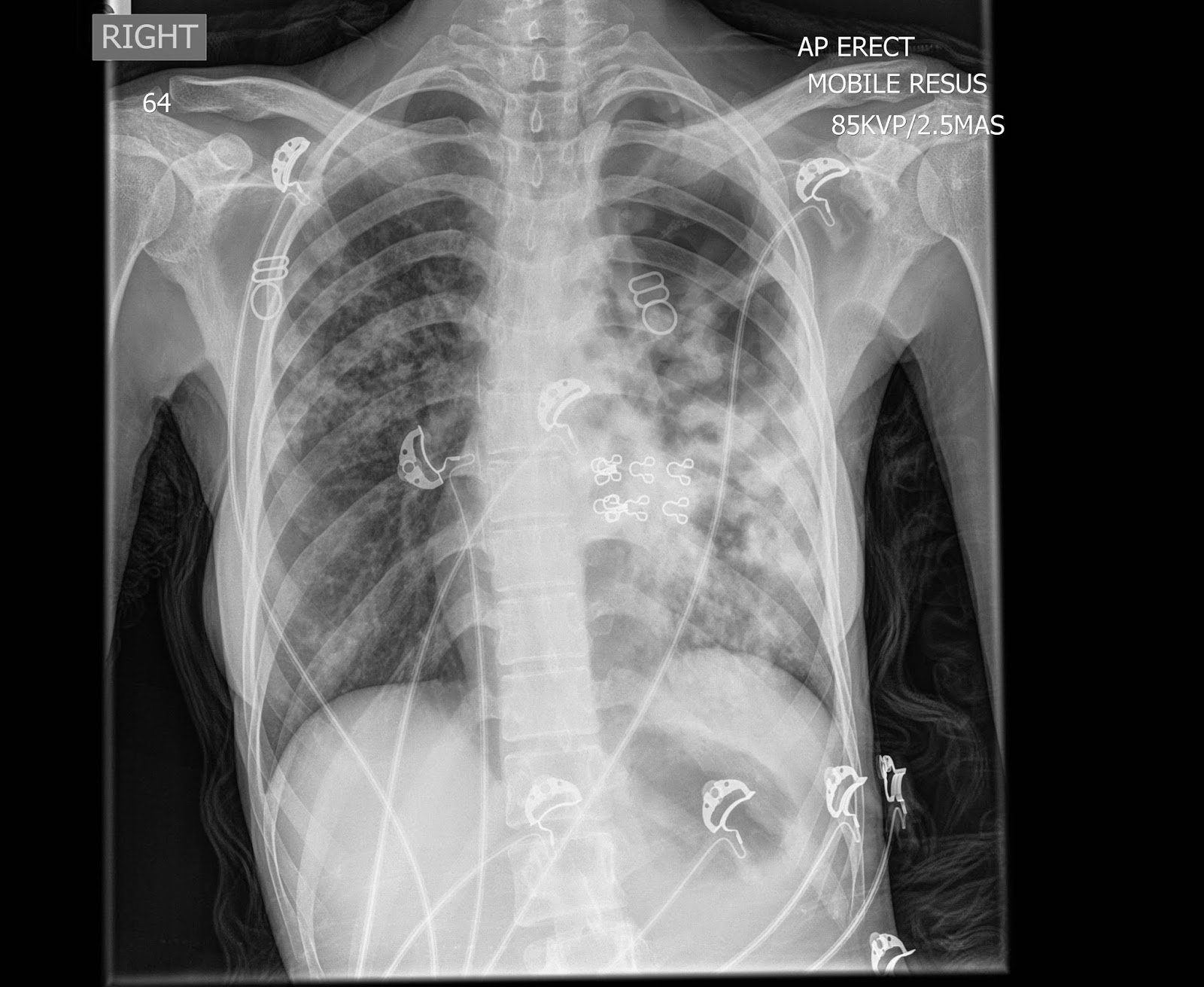 There is a lot of abnormality on this CXR. Dense but patchy airspace opacification is seen in the left mid and lower zones, with less dense and smaller volume change seen in the right upper zone. There is a large area of lucency in the left upper zone, with a lack of normal lung markings. There is no pleural effusion. Neither the paratracheal or paraspinal stripes are widened, and there is no bony abnormality.

The primary differential for this appearance is pulmonary tuberculosis (pTB). The combination of confluent multifocal areas of airspace opacification, some with almost a nodular appearance, with cavitation, is suggestive of pTB. Cavitating pneumonia due to other organisms may also cause severe airspace opacification but the pattern here is more characteristic of pTB.

This is the coronal CT image on lung windows: 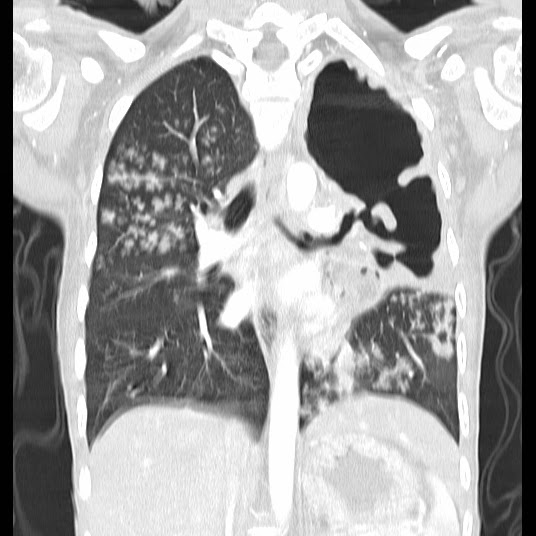 This confirms the CXR findings of a airspace opacification in multiple regions, taking on a "tree-in-bud" appearance in the left upper lobe (due to endobronchial spread) and a thick-walled cavity in the left upper lobe. The cavity is in direct communication with the left upper lobe bronchus, indicating that the organisms have a direct route of dissemination via the large airways. There is no pleural effusion, no adenopathy and no paraspinal change. Another pathological feature it is important to assess for is the presence of a pulmonary (Rasmussen) or bronchial artery pseudoaneurysm caused by inflammatory erosion of the vessel by the infection, an important cause of haemoptysis not to be missed.

#FOAMrad #FOAMed
Posted by Unknown at 4/15/2015 04:53:00 am Labels: FOAMEd, FOAMRad, xrayoftheweek
Email ThisBlogThis!Share to TwitterShare to FacebookShare to Pinterest