xrayoftheweek 24: anything unusual about the anatomy here?

This man was having a CT to follow up a small lung nodule - what do you think about the vascular anatomy in this week's #xrayoftheweek - is it normal? 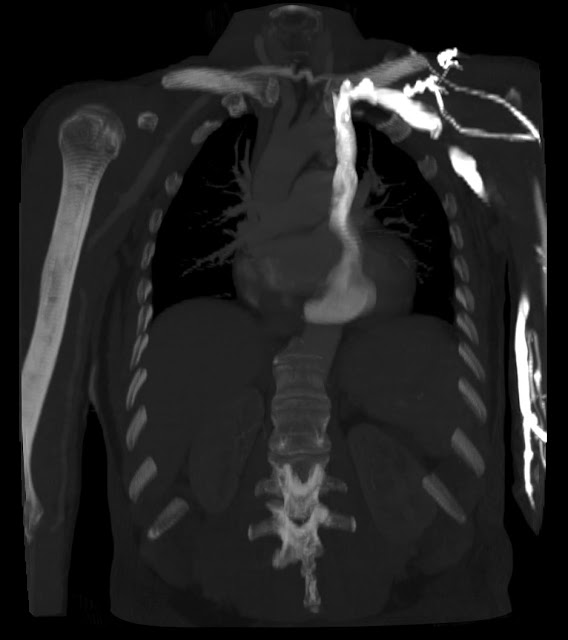 On this reformatted CT chest image (maximum intensity projection, MIP), contrast can be seen in veins in the left forearm, as this was the site of the cannula. It then passes into the left axillary vein, then into the left subclavian vein and then into a venous structure in the left side of the mediastinum, draining into a cardiac chamber situated to the right of the left ventricle. 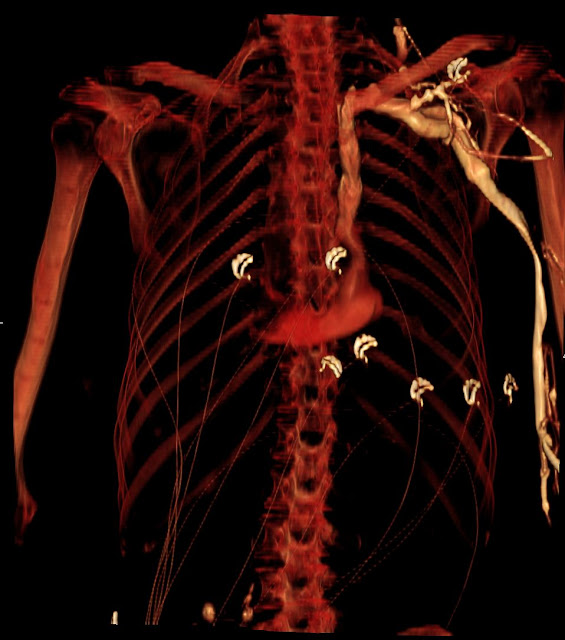 This is a persistent left sided superior vena cava.